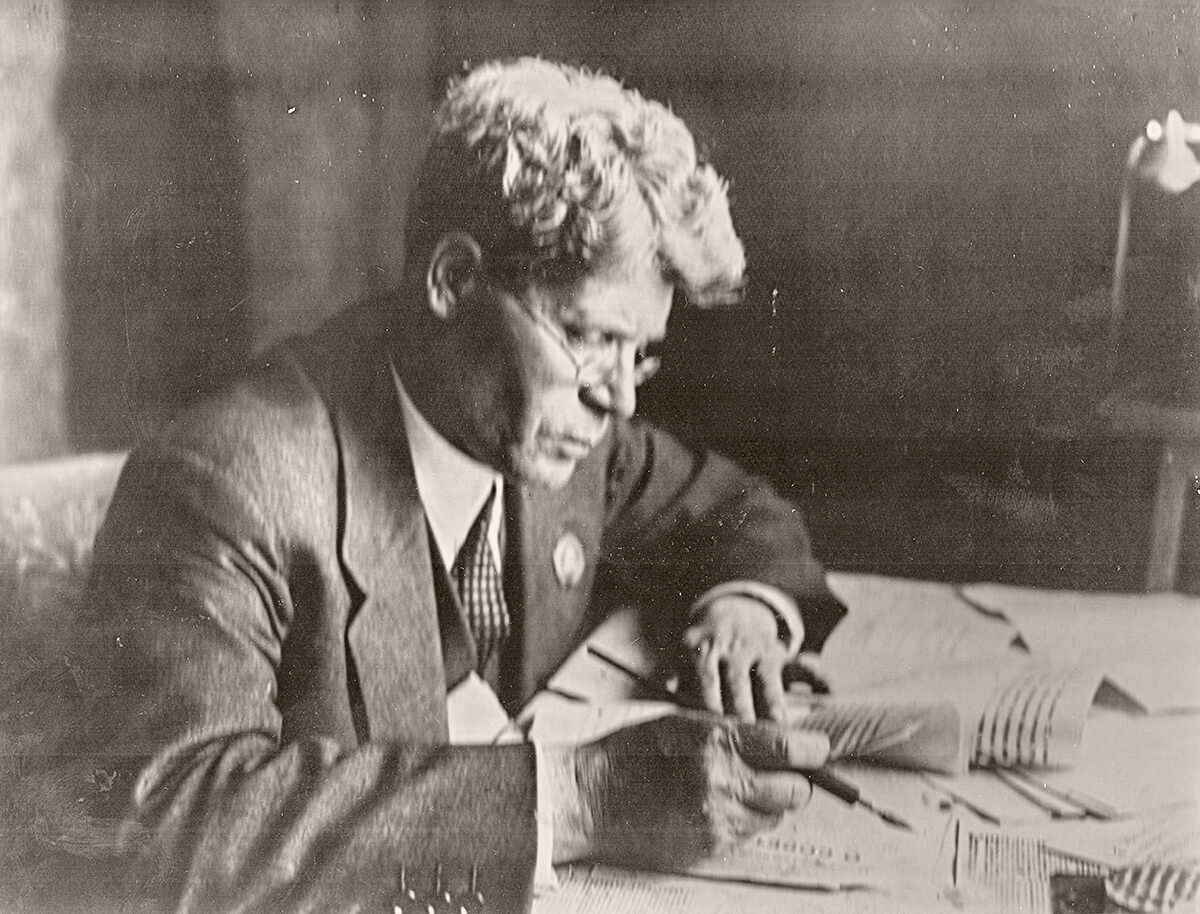 «The key type of an engineer for serving the needs of the industry is a specialist engineer in a particular area of technology and industry, capable to master fundamentally the theory, practice and production economics of the field, as well as the basic engineering and theoretical sciences, which this field is built on... The degree of “narrowness” of an engineer changes in accordance with the differentiation of the industry itself, the form of its organization»

The twentieth century became the century of oil. In the early 1920s, there was an emergency situation in the Russian oil industry: the world and civil wars destroyed the infrastructure for extracting and processing. The country was in dire need of oil. Petroleum engineers had to be trained somewhere, there were no specialized universities. I.M. Gubkin believed that life had put forward new requirements for the training of specialists.

On 4 September 1918, the Decree establishing the “Higher Mining Scientific and Educational Institution “Moscow Mining Academy” (Bolshaya Kaluzhskaya Street 14) on the basis of the Faculty of Mining of Nizhny Novgorod Polytechnic Institute was signed. On 12 January 1919, the official opening of Moscow Mining Academy, including its three faculties – of exploration, mining and metallurgy, was held. 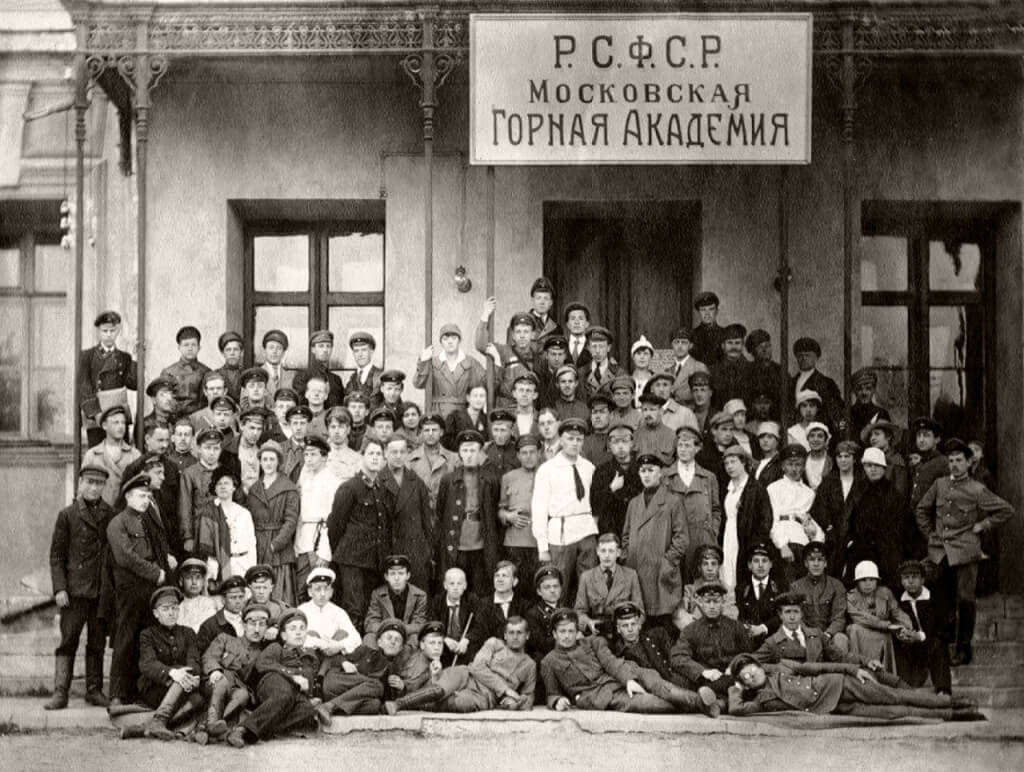 On 5 August 1920, I.M. Gubkin, a member of the Central Oil Committee of the Supreme Council of National Economy of the Russian Soviet Federative Socialist Republic was appointed the professor of the Department of Oil Engineering at Moscow Mining Academy. In 1921, he began to deliver a course “Oil Geology”, and later titled “Study of Oil”. There were only six students specialized in oil engineering in 1921. 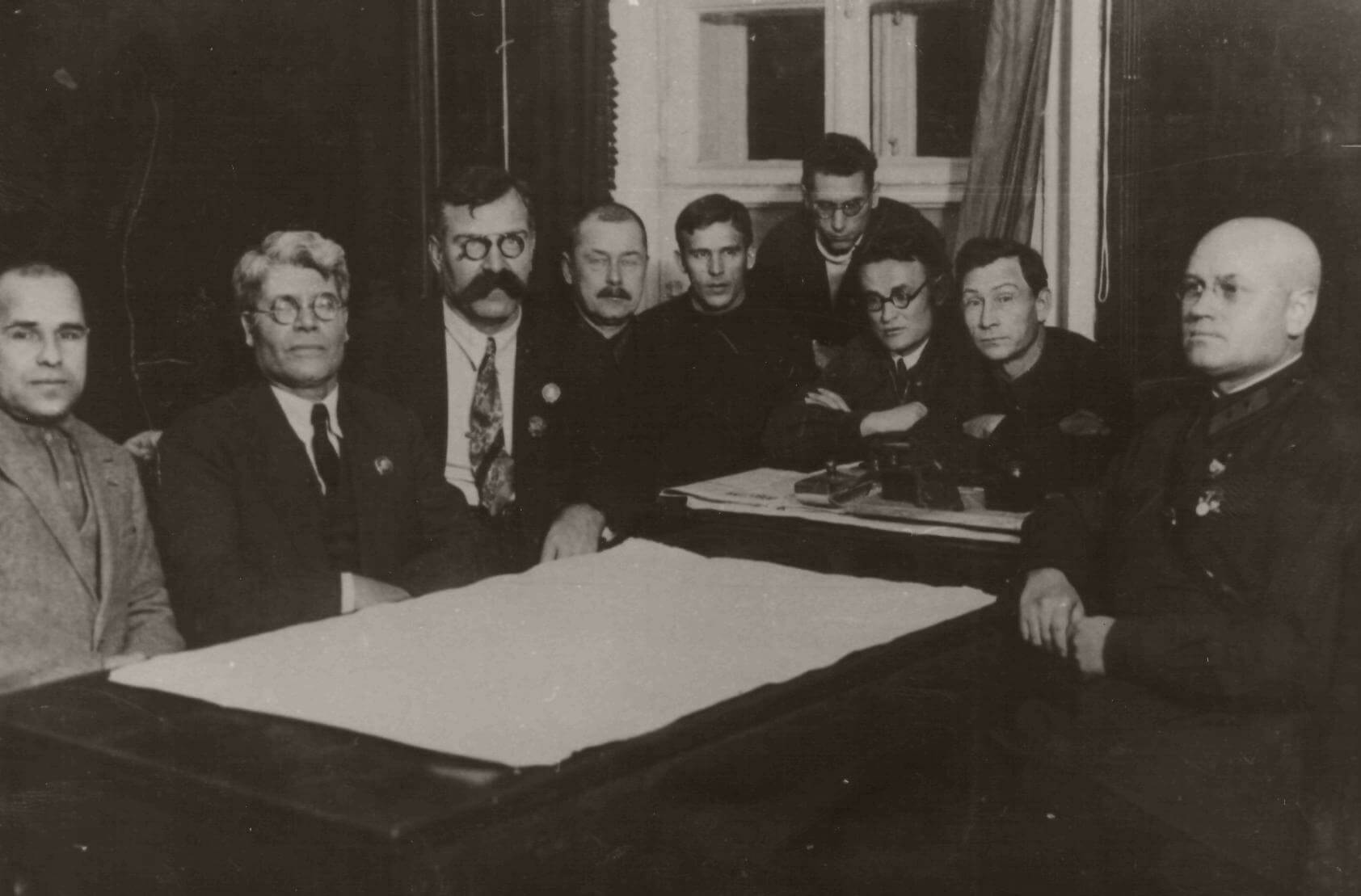 On 13 December 1929, the Central Control Commission of Rabkrin made a decision to open the Oil Faculty on 1 January 1930, which launched such specialties as geology of oil fields, drilling and operation, and oil refining. 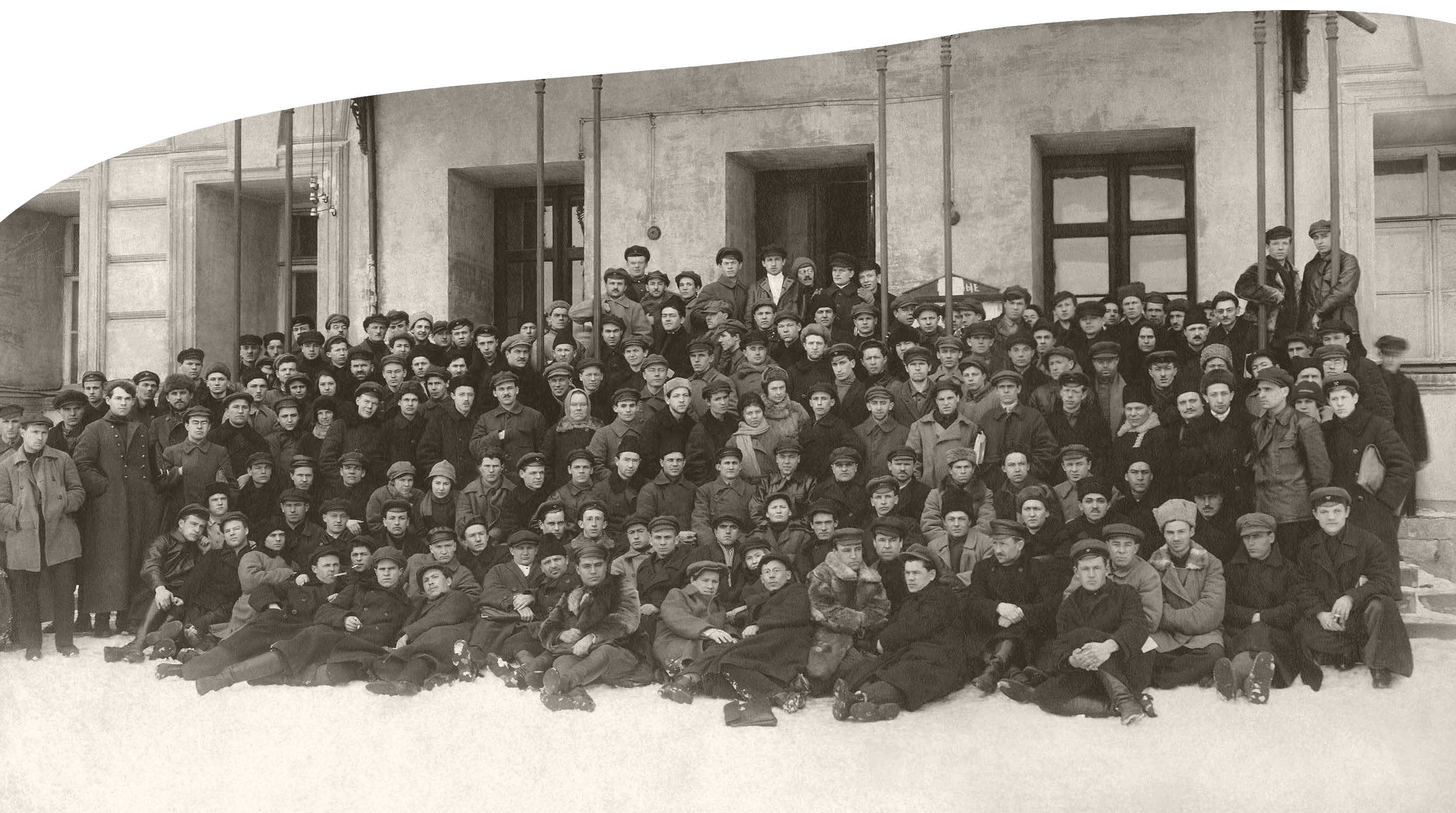 The faculty members and students at the celebration of the 5th anniversary of Moscow Mining Academy in 1924.

On 17 April 1930, the Presidium of the Supreme Council of National Economy reorganized Moscow Mining Academy named after Joseph Stalin, and established on its basis 6 higher technical educational institutions, including Moscow Oil Institute. In recognition of enormous achievements of the Academician Ivan Gubkin, the Institute was given his name, and he was appointed its first director. 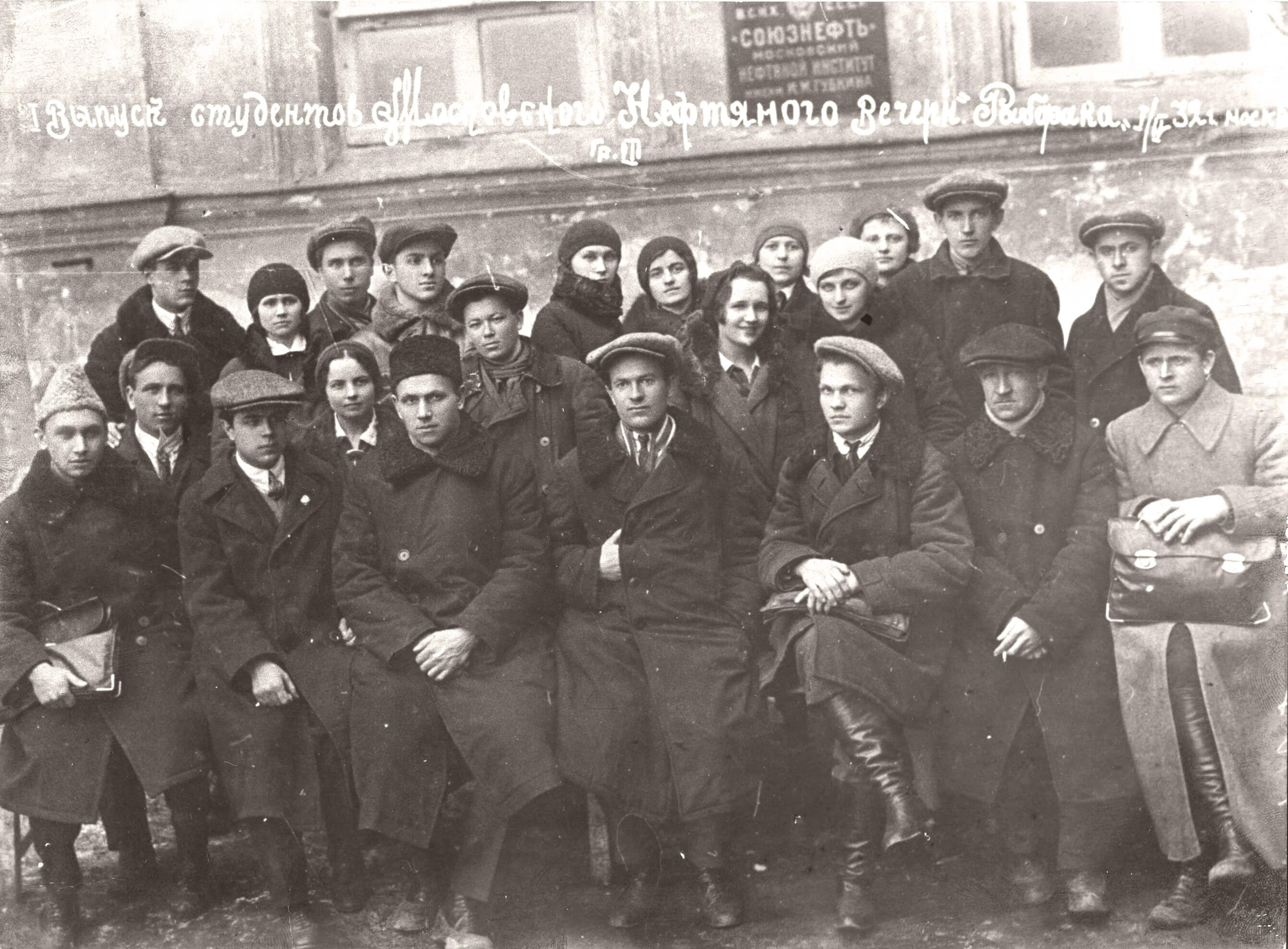 On 18 April 1930, I.M. Gubkin signed the order No. 1 on the opening of the Faculty of Geology and Oil Exploration (Dean S.F. Filippov), the Faculty of Mechanical Engineering (Dean I.L. Gurevich) and the Faculty of Oil Refining (Dean N.I. Titkov) at Moscow Oil Institute. In May 1930, the Faculty of Industrial Economics was also launched. 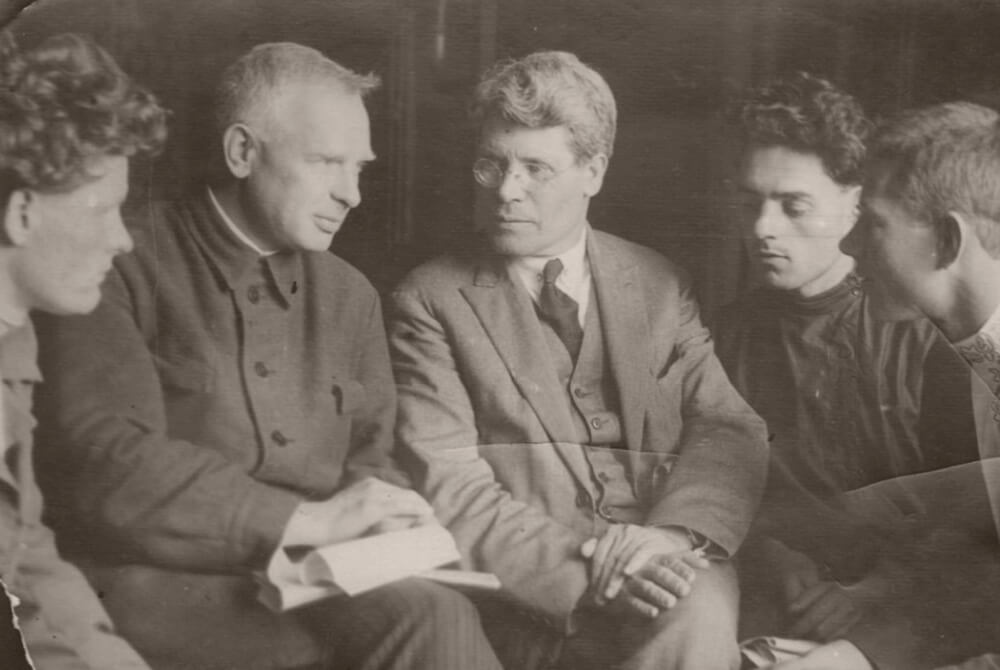 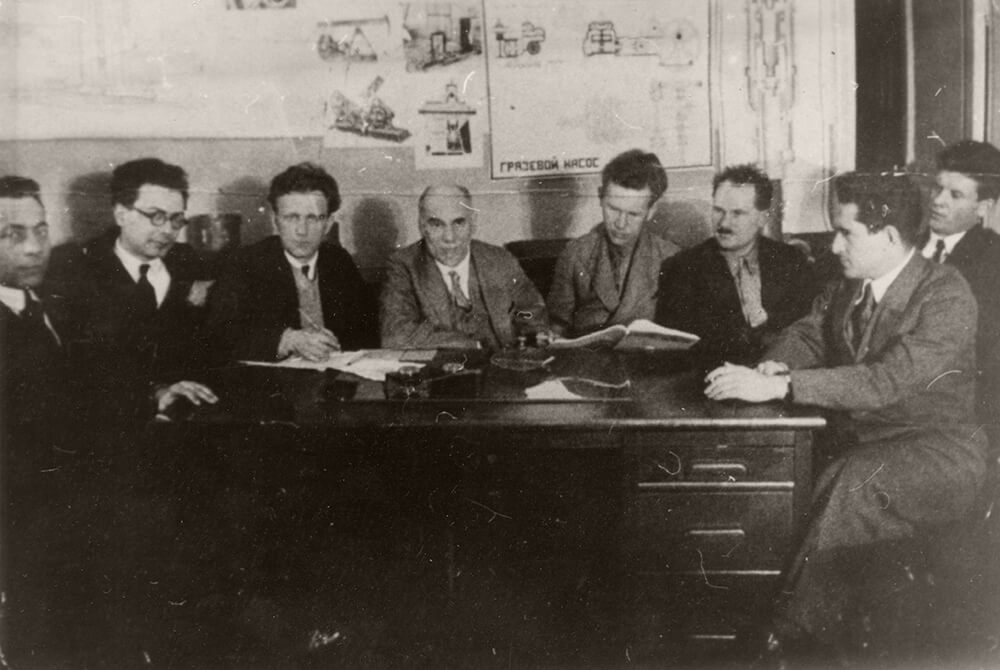 The meeting of the department of the Faculty of Oil Refining on 22 April 1935.

In September 1930, students were admitted to the Institute. First year students were participants in the Revolution and the Civil War, sent to higher education. By the end of the academic year, 1135 students representing 27 nationalities were studying at the Institute. 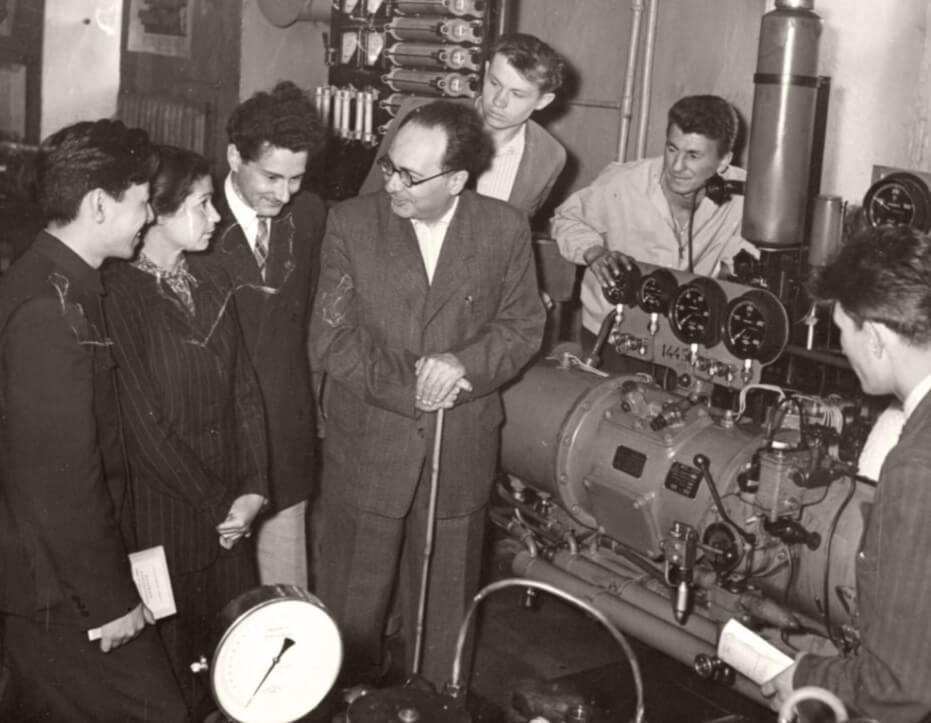 Seminars in the laboratory of the Faculty of Mechanical Engineering conducted by E.Z. Rabinovich in the 1930s. 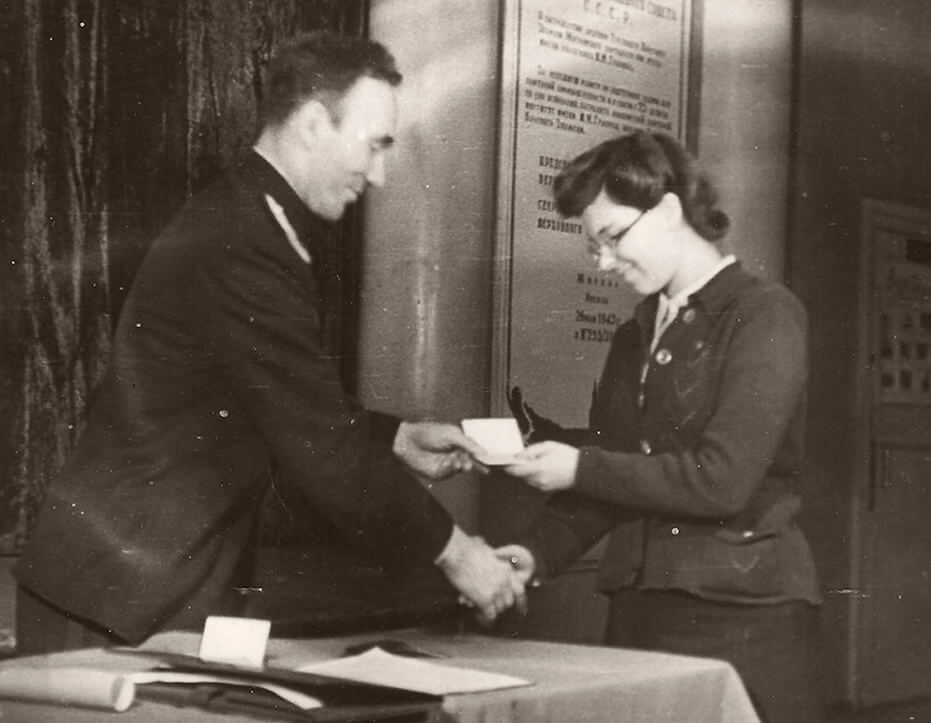 During the 30s, the structure of training units was shaped. Research laboratories were enthusiastically established. In 1930 the Institute had 2 laboratories, and 16 – by 1935.

Initially, the Institute was located in the building of Moscow Mining Academy. The building did not meet the needs of the Institute; new facilities for laboratories, lectures and seminars, and the administration were needed. It was decided to construct the fourth and fifth floors using the Institute’s own resources. 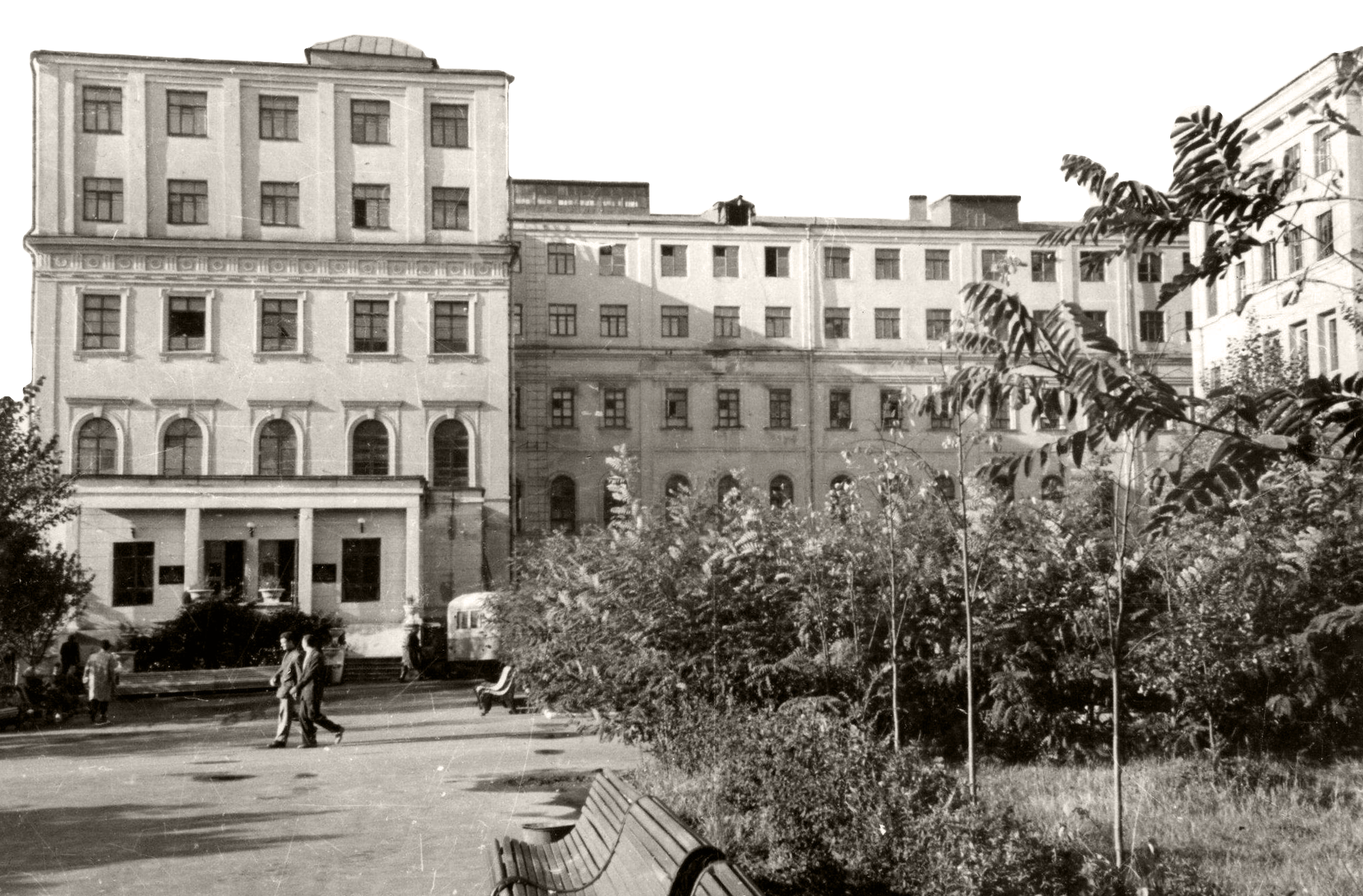 A distinctive feature of the research work of the Institute was collaboration with the oil industry, its focus on practical issues. In 1931 the design and research bureau was established, which filled orders of 30 institutions in the 40s. 26 teaching rooms, a library, a mineralogical and petrographic museum were opened. In 1938 a training drilling rig with an experimental well of 800m was built near the Institute. 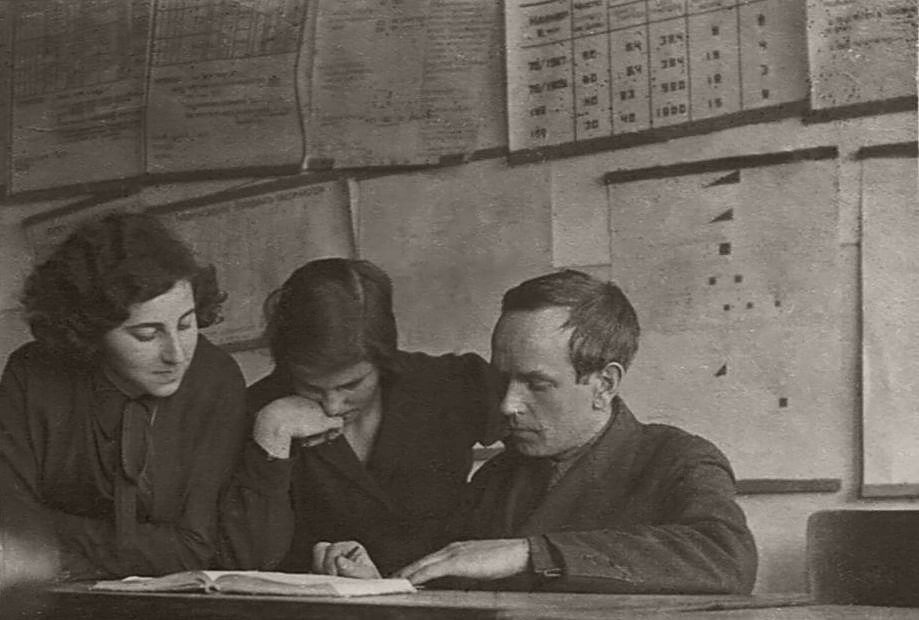 At the design and research bureau. 1932 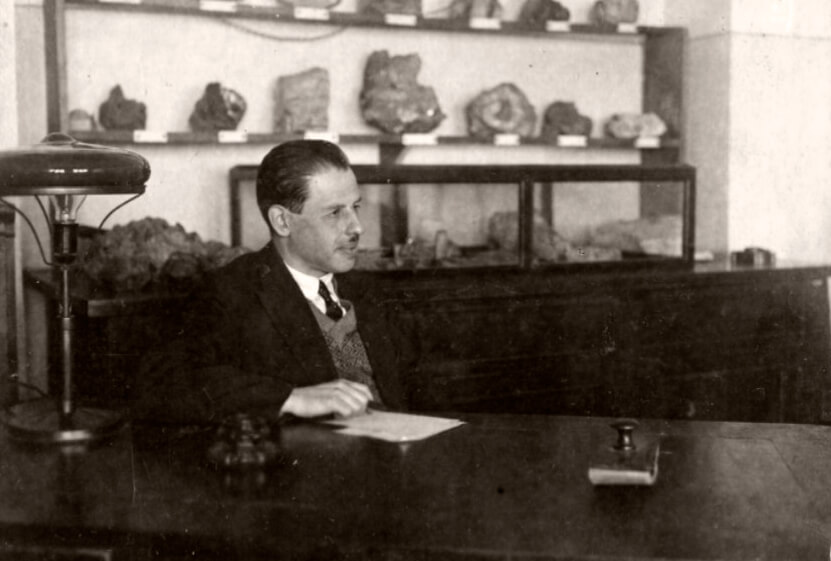 L.V. Pustovalov in a mineralogical museum. 1934 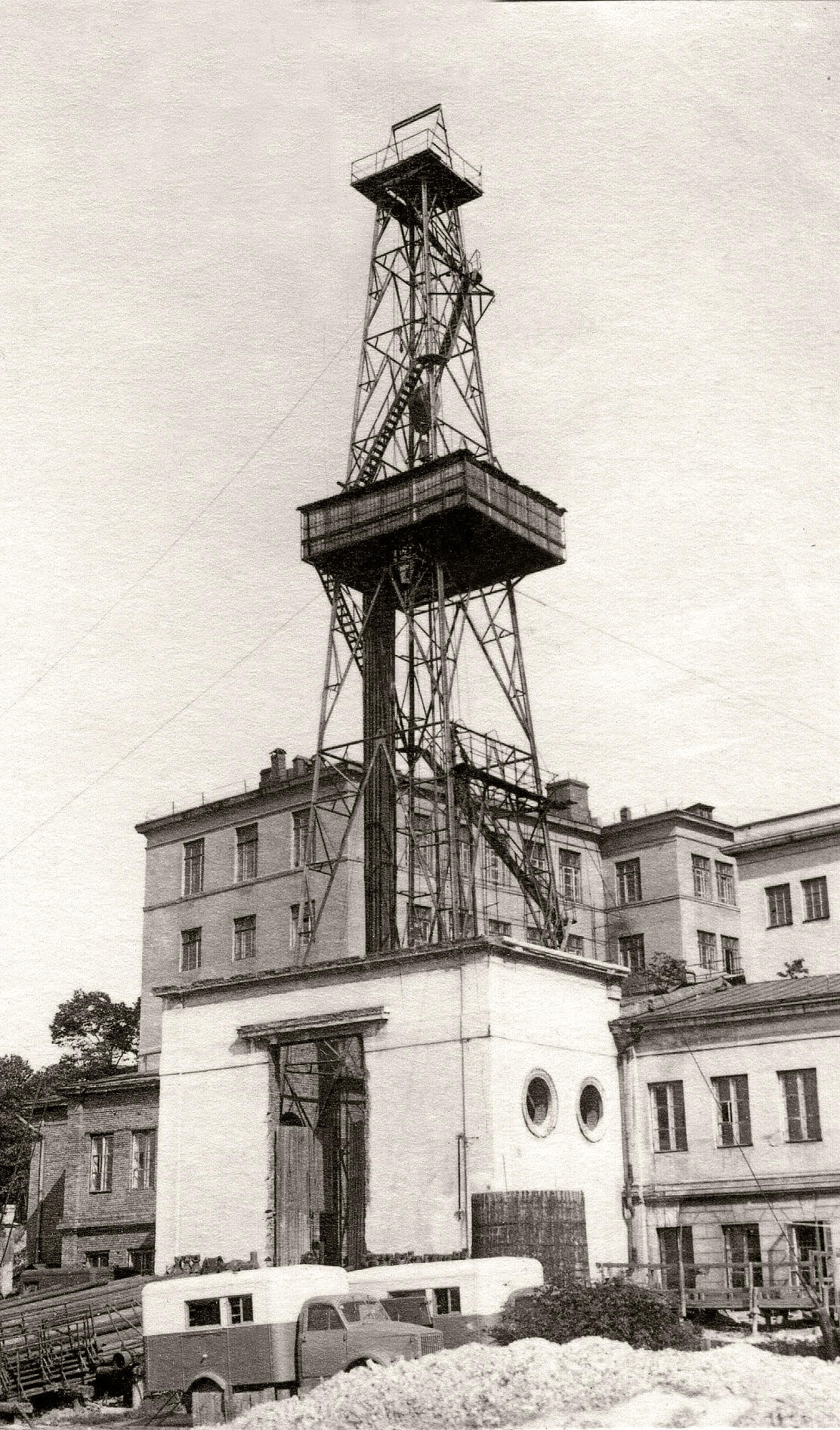 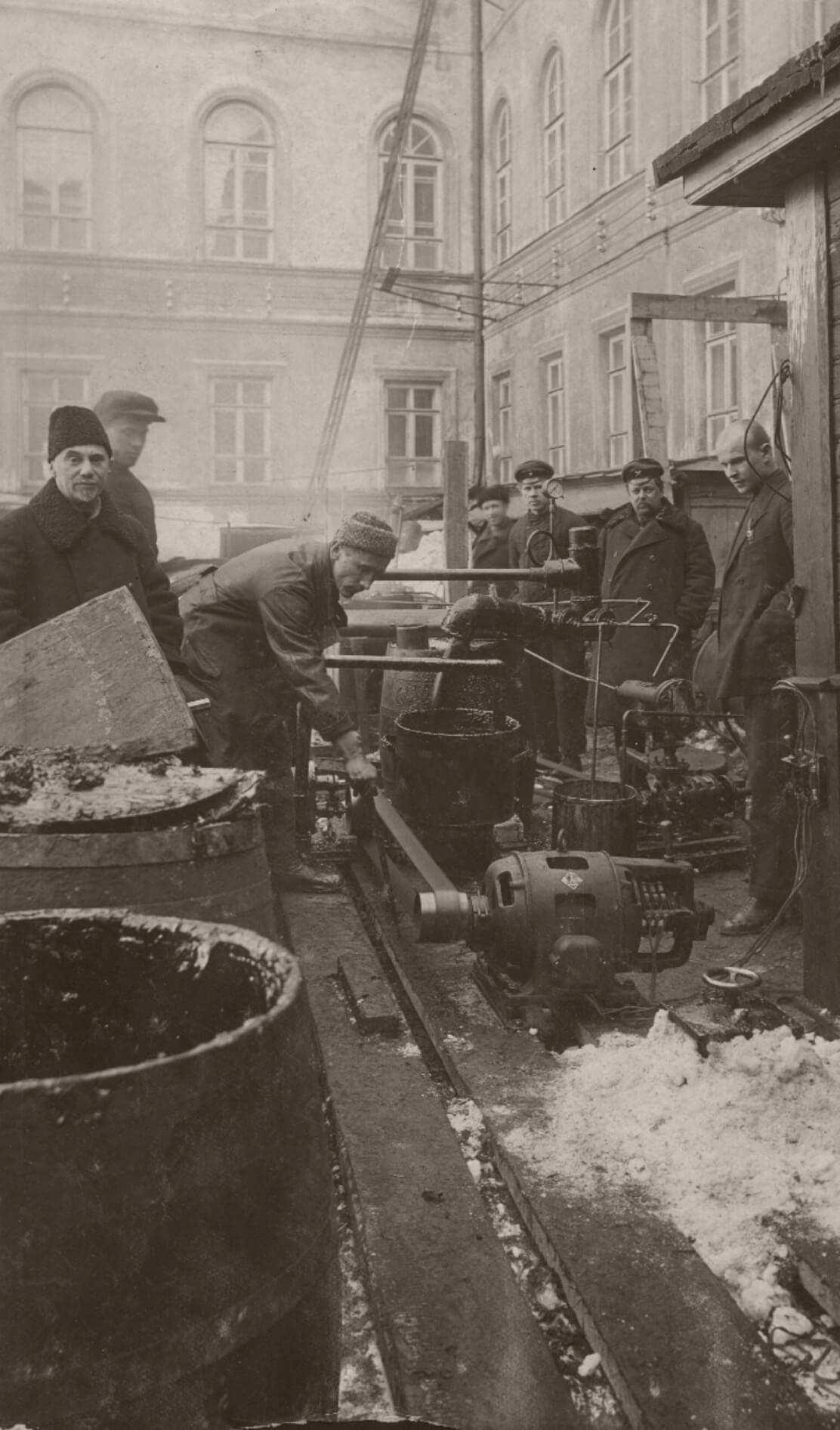 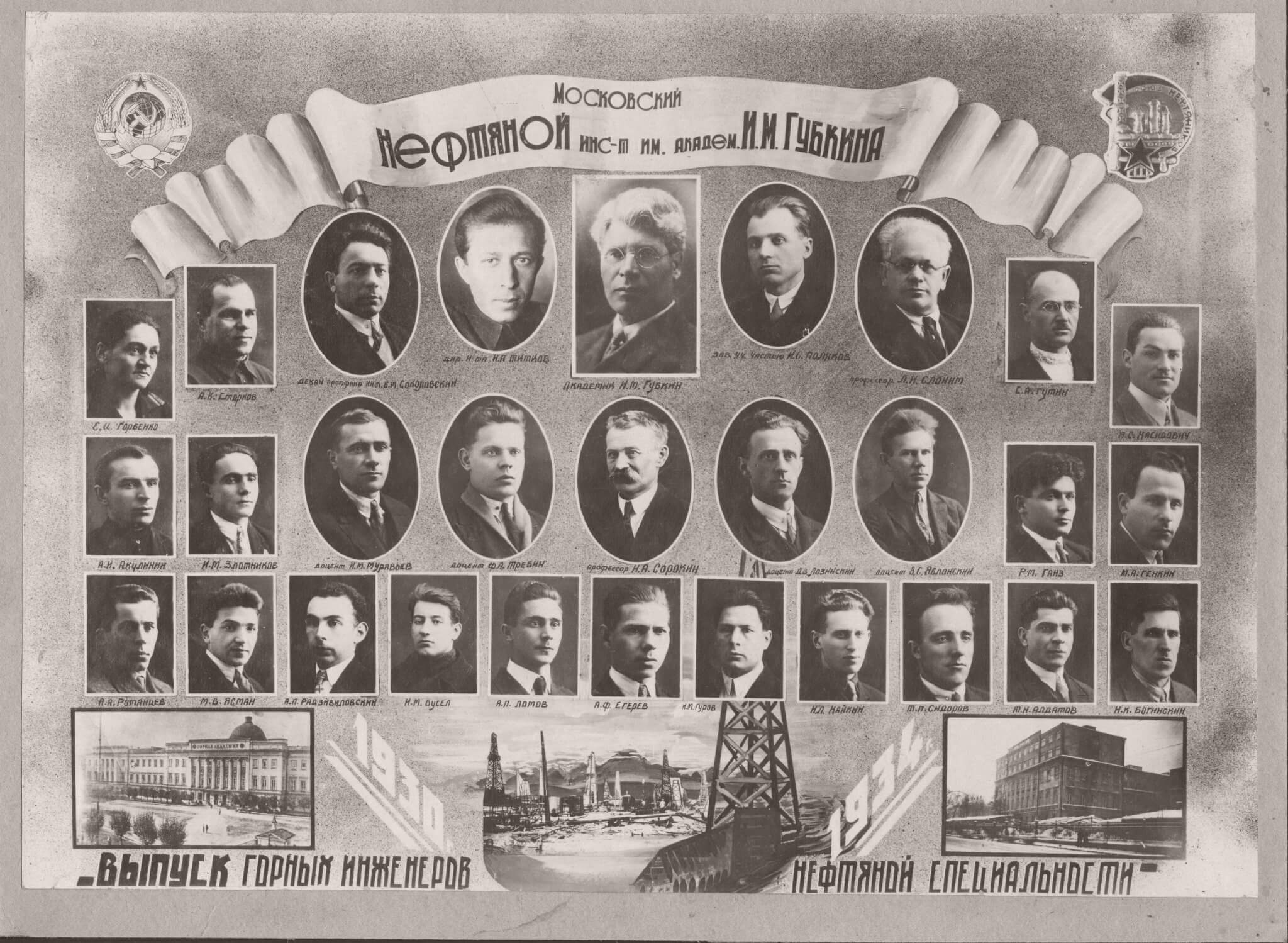 The foundations of oil geology, underground hydraulics, oilfield mechanics, exploration geophysics were laid, about 60 textbooks on oil and gas disciplines were written. 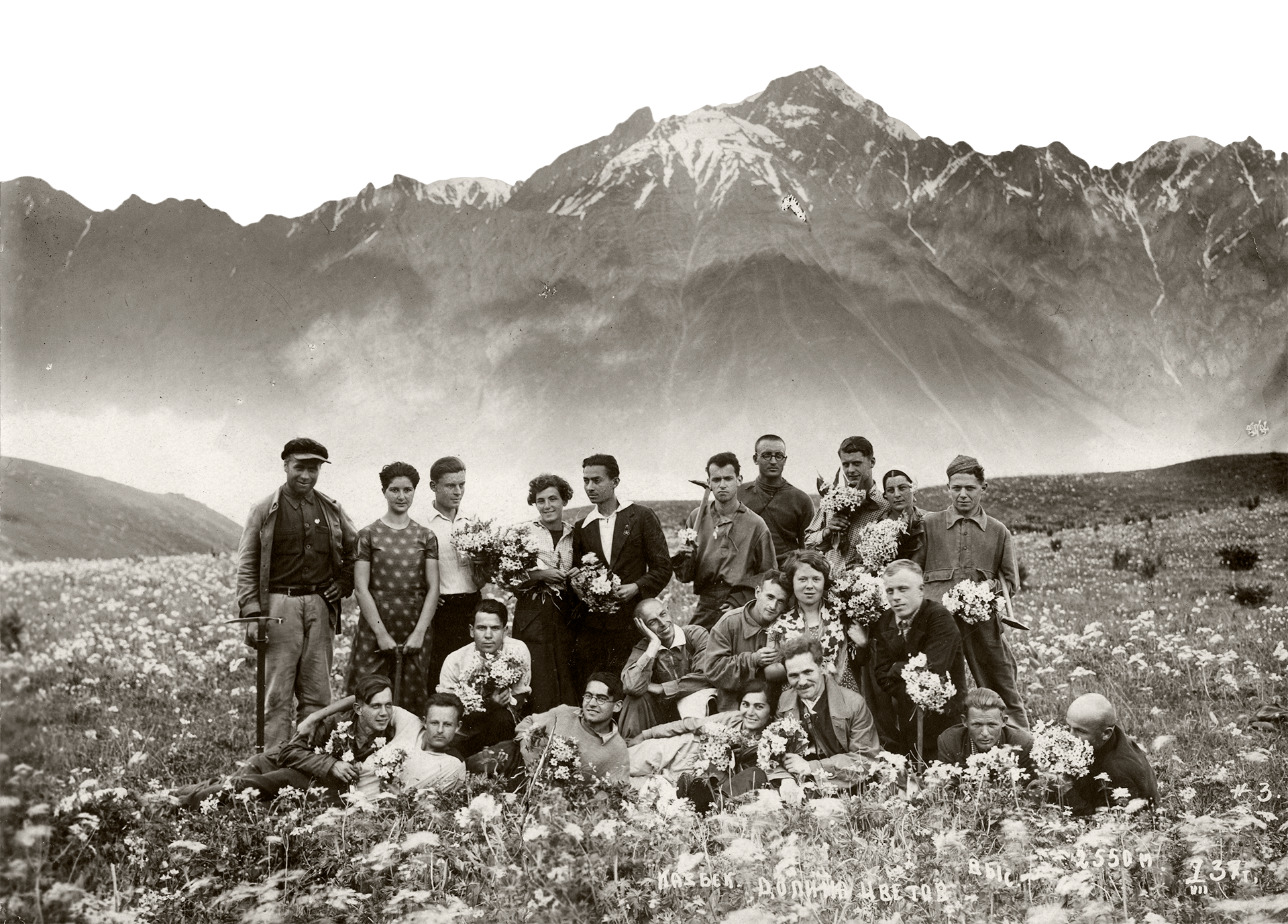 The names of students of Moscow Oil Institute are associated with new field discoveries, inventions and improvements in the oil industry. They played a significant role in exploration and development of deposits in the Ural-Volga region, creation of a new oil base of the USSR called “Second Baku”. Many of them became prominent managers of the oil and oil refining industry, heads of large oil and gas enterprises.

Celebrating the 10th anniversary of the founding of Moscow Mining Academy named after Joseph Stalin and the start of training oil specialists. In the front, the faculty members of Moscow Oil Institute, who were awarded orders and medals of the USSR.